There are issues such as price manipulation, pump and dump ISO schemes, transaction delays and even lack of price uniformity, but securely storing crypto assets is inarguably the highest priority. This means that choosing the right means of storage is not as easy as it may seem. So, there is a fine line between security and convenience and it is unfortunate that many means of storing crypto fall somewhere along the spectrum of security vs. convenience. As we try our best to consider only those hardware wallets that present a “balance” between security and convenience, here is a review of BC Vault that definitely presents that balance which most of us try to look for in hardware wallets. So, without further ado let’s get started! 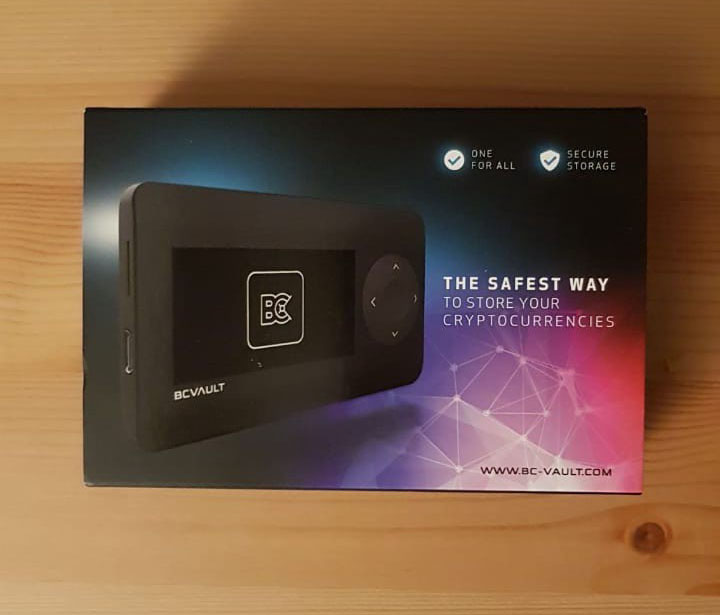 What is BC Vault?

BC Vault (short for Blockchain Vault) is a secure cryptocurrency vault that comes with one of the most user-friendly designs in the industry. As it is designed by keeping in mind the needs of both novice and experienced crypto owners, it is a secure hardware wallet that ensures that the user’s private keys are fully protected. It is a durable, reliable, secure, and super easy to use storage device because of its ability to encrypt over 2000 cryptocurrency wallets while also creating their infinite backups.

The BC Vault can also serve as a U2F authentication tool and this means that the user can easily and securely access various social media platforms. With all other security features, especially its ability to back up U2F tokens, one can say that BC Vault isn’t like many other hardware wallets.

Security Matters The Most!

Security has to be the number one priority and the creators of BC Vault ensured that more security is provided even if it means deliberately opting to forego the commonly used option of creating recovery seed (it enables you to access all your crypto addresses using a set of words). This is a really great step taken by the creators of BC Vault because this provides an extra layer of security. For instance, a person can create a recovery seed on other hardware wallets such as Ledger Nano S or Trezor One and can access their crypto addresses using a set of words. Although it provides convenience to the users, it can also backfire as well.

What BC Vault has is a Global Password (entered on desktop and Global Pin) that is used to unlock the device and this means that if you forget them then you just completely lose access to any means of recovery – in other words, more security.

BC Vault also gives you an option to set up Wallet Pin and Wallet Password for your every individual wallet and this provides an extra layer of security. With any combination of the above, you actually have the complete ability to simply customize the security and make it more secure. For instance, you can either just use a pin and not Global Password or vice versa or even use no Pin at all (however, it is highly recommended to never do it).

There is no doubt that Ledger Nano S and Trezor provides convenience to the users to trace any number of wallets to the same recovery seed, but there is a risk involved in it and this is where BC Vault decided to not compromise on security. Another feature of BC Vault that touts for superior security is that it does not contain a unique serial number. So, it won’t be wrong to say that BC Vault definitely takes an edge over its competitors with its features to enhance the security.

The creators of BC Vault decided to not go with the option of using a secure element as they believe that it doesn’t provide value to the users. Instead, they opted for other secure practices such as a long password which becomes practically impossible to hack. They have also focused more on the physical security of the device by taking steps such as using anti-tampering stickers and glued shut case which is difficult to open without noticeable damage.

Strengths of BC Vault 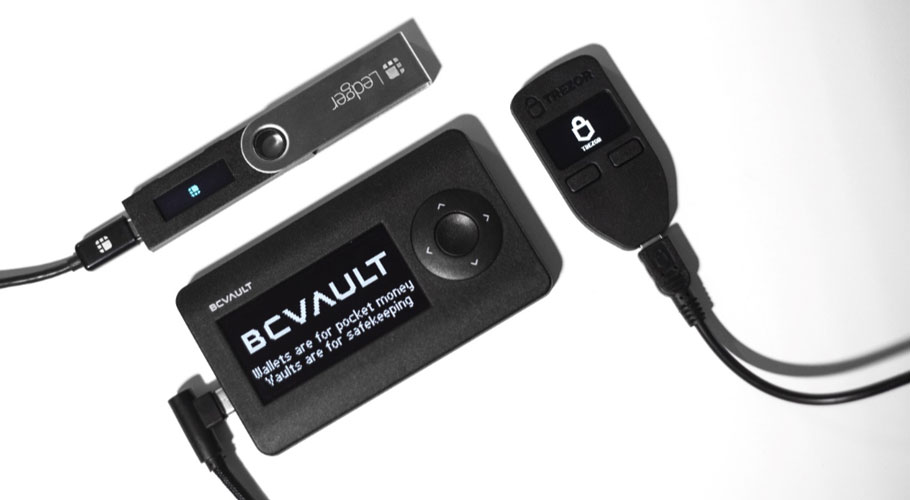 The software of BC Vault is pretty straightforward and it seems well-built and easy to use. But there are other areas as well that make it a really interesting addition to the list of hardware wallets on the market:

Weaknesses of BC Vault

Setting up the device is super easy and the instructions to follow are quite straightforward. It won’t be wrong to say that BC Vault is a really impressive addition to the list of hardware wallets on the market. One of the standout features of BC Vault is the customizable options for security which makes this wallet more secure. So, is it recommended? Well, it is well-built, easy to use, and the security looks perfect – so YES, it is highly recommended!